A number of students ask me about ‘vocal consistency’, how one day their voice feels great and they can do anything with it… and the next it feels horrible and it won’t even string a couple of words together… how can we develop a voice that is relatively consistent one day to the next?

There is a straight-forward answer, but…

… unfortunately the voice is an organic instrument. It’s affected by fatigue, humidity, temperature, hormones, and a host of other things. That’s not to say everyone is badly affected by each of these factors, some people are more susceptible than others, but it’s a fact of life that we need to learn to deal with.

One of the main precepts of the technique we use in lessons is that the vocal cords are capable of doing everything we ask them to do provided that we let them do their job properly. The exercises we use are designed to help you be introduced the what your vocal cords are capable of doing, and to reinforce that correct behaviour. So there is a degree of awareness that this is possible – which builds trust in your voice – and a degree of practicing those co-ordinations – which builds muscle memory.

The challenge lies in spending sufficient time experiencing the vocal cords doing their thing correctly AND often enough that we can trust the muscle memory that is inbuilt and that we have enhanced through doing the exercises.

The answer to consistency, is to practice doing it right, and keep doing it. The exercises ensure that we are using our vocal cords correctly. We then just need to keep repeating the ones that are providing us with the correct vocal co-ordination to further in-grain that behaviour. The consistency will come with consistent and effective application of the exercises.

In other posts I’ve likened the operation of the voice to the way that a piano is configured and tuned to have a consistent quality throughout. In a similar way, the exercises are like the act of building, configuring and tuning an instrument like the piano, so that the notes are simply accessible without reaching up or pressing down – you can just trust that the notes are there.

For some people, their voices can be quite stubborn, and it takes a while for that muscle memory – and more importantly a reliance on that muscle memory – to take hold. For some people, it’s a more or less instantaneous thing – they do it right once, and it lands them squarely in the ballpark of what they should be doing within a few exercises. Everyone is different, but the key to consistency for all of us is this:

Step 1: Do It Right Once
Step 2: Repeat Step 1 as often as necessary.

If you want to learn more about vocal technique and great singing, you may enjoy these related articles:
The Difference between Amateurs and Pros
The problem with trying to teach voice using ONLY voice science
Vocal Pedagogy: Past, present and future
Singers: The Difference Between Vocalists and Performers
Can vocal technique help laryngitis?
Vocal Tessitura: What is it?
What is vocal fach?

I know it’s important to keep a fresh set of strings on your guitar for optimal tone, but to practice so as to get THAT good seems a bit OTT. Still dang impressive though!

I was recently watching a Youtube seminar by a guy called Ralph Murphy.

Well, most of you will never have heard of him, and I hadn’t either, but he is a songwriter of over 50 years, has toured the world as a performer, writer and teacher, and is presently a Vice-President within ASCAP (American Society of Composers, Authors and Publishers). He tours internationally giving seminars on songwriting and giving insight into what it takes to make a hit song and keep doing it. He really does break it down and make it easy to understand just how hard it is to craft a song that makes it big.

If you don’t have the time to watch the full video, here is a link to a blogpost by someone who has helpfully discussed the things that stood out to him from Ralph’s instruction.

Check out one or both of these links, and try some of these techniques out. You will notice a big difference in your final products if you do.

I was introduced to John Mayer almost a decade ago when he hadn’t quite made it onto everyone’s radar, and one or two of his songs grabbed me, but not all of them. Since then he’s reinvented himself a number of times, to escalating success each time. I’ll be doing a blog post on him in the future, but for now, just enjoy this acoustic version of ‘Something Like Olivia’.

Following on from my last post on songwriting, I wanted to share another more songwriting tips that have really hit home over the summer:

“Write about anything, whether nothing or nonsense”

When I got to a certain stage in my songwriting, I always wrote about *something*. It always had meaning, no matter how trivial. The songs and their imagery always made sense, it always had a preconceived concept at the core of it. I would write lyrics like prose devoid of music to convey what I wanted to say. 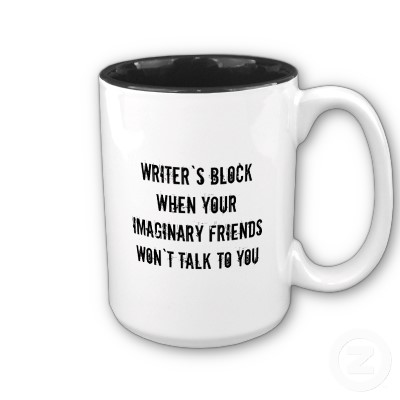 Throw away your preconceptions

A little while ago I was at a singing teacher’s training event, and I was out for dinner with other teachers. We were chatting about songwriting, sharing songwriting tips, and one of them who is an accomplished writer with many songwriting tips of their own asked us:

“Have you ever written a song where you have no idea what it’s about?”

I was shocked by this question and the idea behind – write a song? without knowing EXACTLY what it’s meant to be about? They then proceeded to offend my preconceptions (and ego) by saying:

I have to admit, I was pretty hammered by this. I just could not get my head around writing a song where I literally have no idea what’s it about – i.e. tantamount to nonsense. It tooks weeks, months even, to even pluck up the courage to try doing this – I mean, after all, how can you write something if you don’t know what it’s about?

I’ve now tried it, and I’m totally sold on it. It really gets the creative juices flowing. In combination with a ruthless desire just to get a song written rather than right, you can get some pretty epic songs done or 90% of the way there in record time.

I mentioned Matt Blick (@realmattblick on Twitter – www.mattblick.com online) in an earlier post on songwriting. He runs a songwriting group that meets once a month. The only condition of attendance is you have to have written and prepared a new song for that group. The frequency means you can’t spend months agonizing over a song, but it also means you can run out of seedling ideas very quickly – or at least seedling ideas you hold in high regard.

So armed with the knowledge I acquired after my First Songwriting Lesson, I started to write a song that came 100% from this idea of writing down whatever came to mind – almost stream of consciousness style.

I’d recently been inspired by Jimi Hendrix’ Little Wing so I was experimenting with some similar and interesting chord structures, when the words ‘Contentment’ and ‘strolling’ popped into my head. I thought around these words for a while, and the FIRST thing that came to mind was this phrase ‘Contentment strolling hand-in-hand with ecstasy’. It makes no sense. But rather than search for something else, I ran with it.

And within half an hour I had two verses 90% complete. Another half-hour yielded the final version lyrics with a chord structure. Another half hour gave me the final arrangement. Here are the lyrics:

From the side resentment’s staring at them coldly
And malice, likewise, from his front door
Hidden in the back, deep depression lying still
But what lies on his mind who could tell

For it’s all in your mind’

My entire thought process was ‘seeded’ by and grew from that first line. The image I liked most strongly was people strolling down a high/main street holding hands, so I wanted to mirror that with other positive emotions arm-in-arm across the street. I thought comfort was an interesting emotion or state, and that an empty (or vacant!) chair was really intriguing imagery to capture that idea. At that stage I thought it might be interesting to draw attention to the strangeness of the song by asking the listener ‘what could that mean? meh, who could tell?’.

At that point I decided that as the first verse had been filled with positive emotions, it might be nice to have a second verse referring to negative emotions. And while I’m at it, lets have the negative emotions acting on the first – i.e. resentment of the happy ‘couples’, malice as well… and deep depression which is so self-focused it is ignorant of these tensions. And again, it leaves space for a beautiful re-use of that phrase ‘who could tell?’. I particularly like that we have depression lying still, but then the question has to be asked ‘what is lying on his mind?’.

What did I learn?

While this is a song about nothing in particular, and each line in isolation is total nonsense, together they create a world that makes sense in itself and is very intriguing to read or hear about. It is by far one of the best songs I’ve written both musically and lyrically. What I think is most remarkable about this song is that the focus is always the same and the song is very cohesive, but it isn’t immediately apparent what it’s about, which draws the listener in and makes them wonder ‘what could THAT mean?’. Whereas often when we write songs we want the meaning to be 100% clear.

Perhaps having clarity or a deeply thought out concept isn’t as necessary as we think it is, and as long as we ‘seed’ a song with an idea, no matter how nonsensical or abstract, we can create a song borne wholly out of that idea, but in a far more interesting way than could be achieved through careful planning.

I definitely plan to write more songs where I write songs that I have no idea what they are about, nonsense or not, and I would encourage you to do the same.

Let’s improve your voice together

Get our Vocal Prospectus

We've put together a free 10-page Vocal Prospectus to help you understand exactly how the technique used in our singing lessons works. Just enter your email to have this sent over.